This article is intended for the readers who have already read the titles I’m going to review, so I won’t get into details concerning the plots and some specific minuses. I’d like to share my general impression and feelings. I’ll give you my own opinion and, of course, you can agree or disagree with me. However, I didn’t pick these titles at random. I spent a lot of time reading them, that’s why my disappointment was so strong.

Here is the list of the most disappointing manga series.

Fairy Tail, a manga series written and illustrated by Hiro Mashima, bears similarity to Eiichiro Oda’s One Piece. It is said that Mashima used to be Oda’s assistant and that could have an impact on his work. 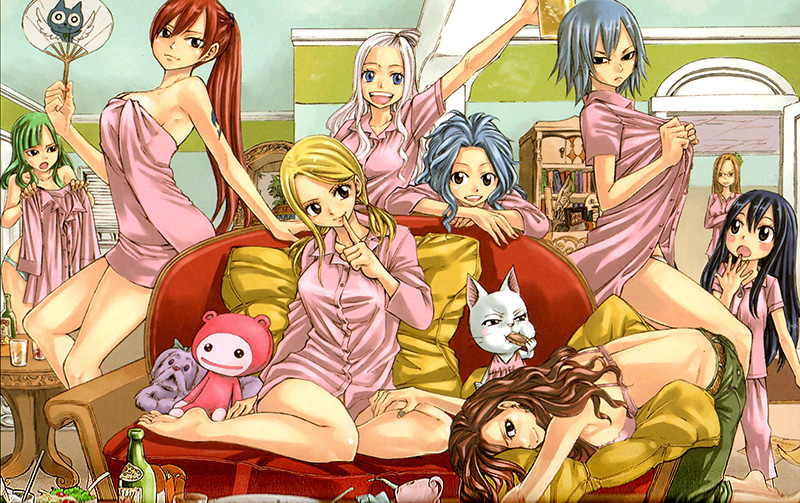 The girls from Fairy Tail

At first sight, Fairy Tail  looks like a typical shonen. The beginning is full of pep and quite gripping. The plot is rather simple and ordinary: we see a kind of “wizarding school” with ordinary Japanese students ordinary wizard students. Among these students, there are some protagonists who get themselves into various adventures. One would think it’s difficult to spoil anything in such a standard shonen: there are clichés, the artwork is great, and the storyline is logical. What else do we need? The author produces new arcs and we are happy with what we have. However, it doesn’t work that way.

Actually, everything turned out to be worse and it’s not clear why. Is mangaka working half-heartedly? He is certainly not. Mashima manages to release two chapters a week. Maybe, the editors are clipping his wings because another Mashima’s piece, Rave Master, showcases his talent at its best. Or, maybe, I’m just tired of trivial stories. I can only guess.

Nevertheless, when you have seen good and bad arcs and have read a considerable number of chapters, you understand that you’ve already seen all of it somewhere. Yeah, you’ve seen it all in this very manga. It means that the plot doesn’t move at all! There are simply the same arcs with different bosses. That’s really too much. Personally, I have nothing against fan service but enough is enough. In the beginning, the author knew when to stop but now he can produce the whole chapters demonstrating the “curves”. Therefore, you become lost and can’t remember the plot.

The author thought through the balance of powers and it was good. But then, a single phrase like “the power of friendship makes me stronger” cancels it out. According to the rules and laws in the world of the manga, the protagonist can’t win. But who cares? “NAKAMA PUNCH!” will fix any problem. It makes me sick.

The intrigue was completely destroyed. We know the results of every fight. Moreover, all the opponents are just copies of themselves and the situations are always the same. Undoubtedly, the protagonists always win.

Too bad! It could have been a great manga… 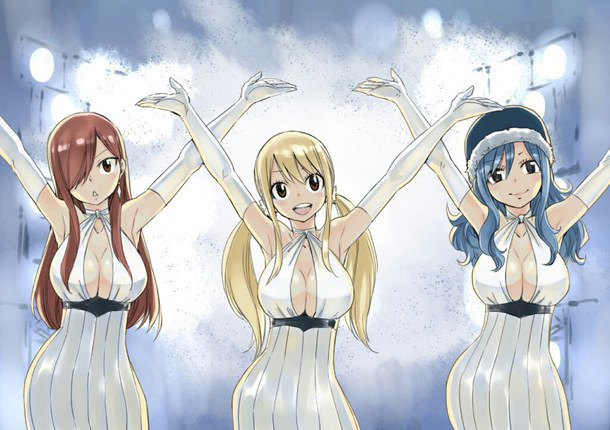 The illustration from Fairy Tail 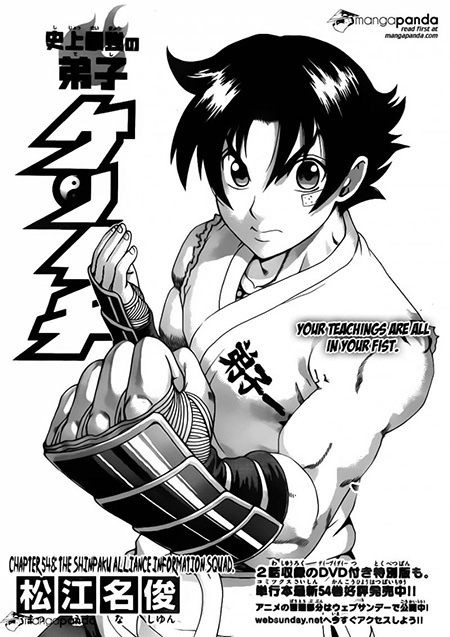 History’s Strongest Disciple Kenichi was written and illustrated by Syun Matsuena. As opposed to Fairy Tail, the mangaka initially conceived his work as a fan-service manga with a great deal of ecchi elements, so I have no questions concerning this part. However, there are other problems and controversial points. 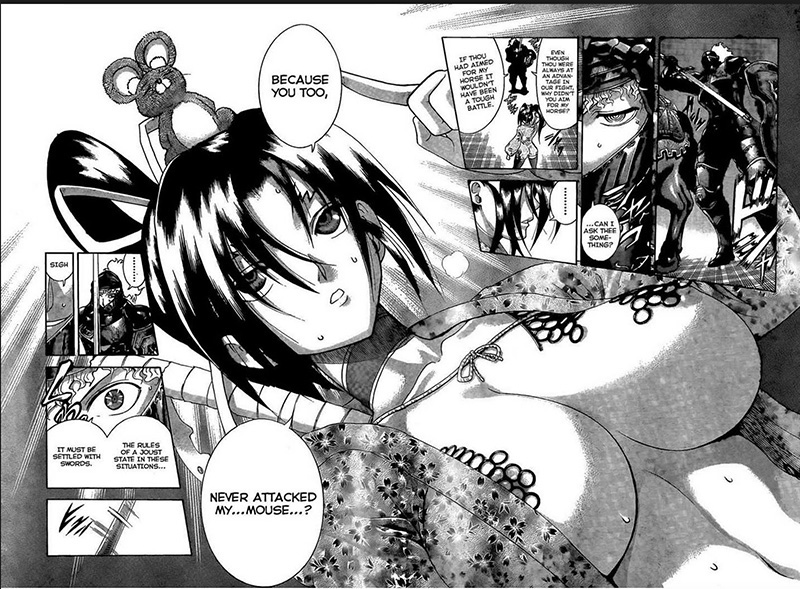 As usual, the beginning is good. Although we see the same old ordinary Japanese students and clichés, the plot moves swiftly, the characters keep us in suspense, and the artwork delights the eye. Besides, there are spectacular action scenes with tough men splashing their testosterone on each and all, brilliant humor, and well-developed characters. Obviously, the author knows the subject in all its minutest details. Everything seems so perfect, except the cluttered-up ending…

The personages’ personalities are so attractive that you are getting used to them. You want to know their lives, their past and future. Nonetheless, it happens that some mangakas can get tired of their own works (and you’ll see them in this list). But it’s not fair! Why did Matsuena cut it short? He simply left many plot threads where they were and didn’t develop lots of characters. Besides, some arcs just turned out to be purposeless. As a result, we have nothing but disappointed expectations. 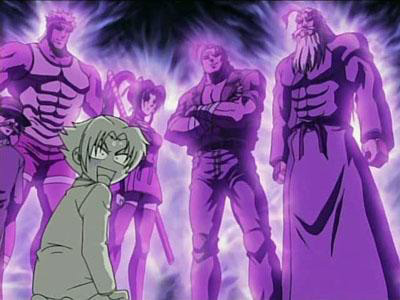 Gantz, a dark manga series by Oku Hiroya, is another bittersweet piece.

Concerning the artwork, it’s a masterpiece. Since the backgrounds were taken from the real pictures, the illustrations delight the eye. Then, as for the plot, it’s intriguing, offbeat, and unique. The story is dynamic with interesting twists and rich guro. It’s so thrilling that you can’t put it down. 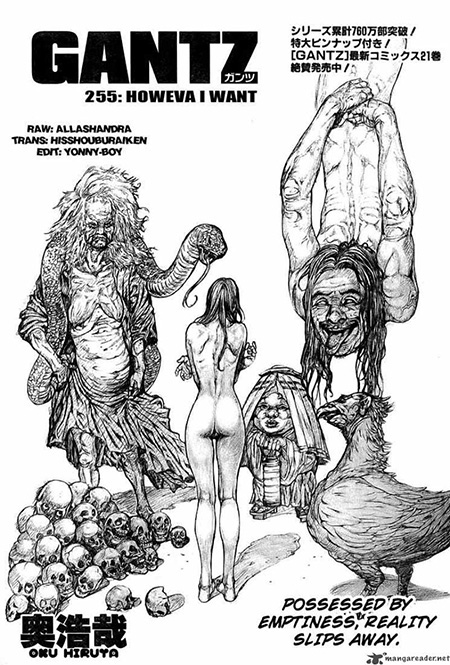 Talking about the characters, although the protagonist is a typical OJS, all the rest are quite attractive. In general, the personages are classic and yet suited for every fancy. What is important, the author develops their personalities.

The manga is a real page-turner. It’s pleasure to read it. Additionally, the narrative organization is at high level: all actions are logical and meet the laws in the world of the manga.

However, if it were so perfect, I wouldn’t include it in this list.

The thing is the contents of the manga suddenly suffer sweeping changes for some unknown reason. We get some trivial low-grade stuff (for example, the alien invasion for the purpose of enslavement) that clutters up the whole series. Unfortunately, the mangaka didn’t manage to fulfil his great idea. I felt bitter disappointment. 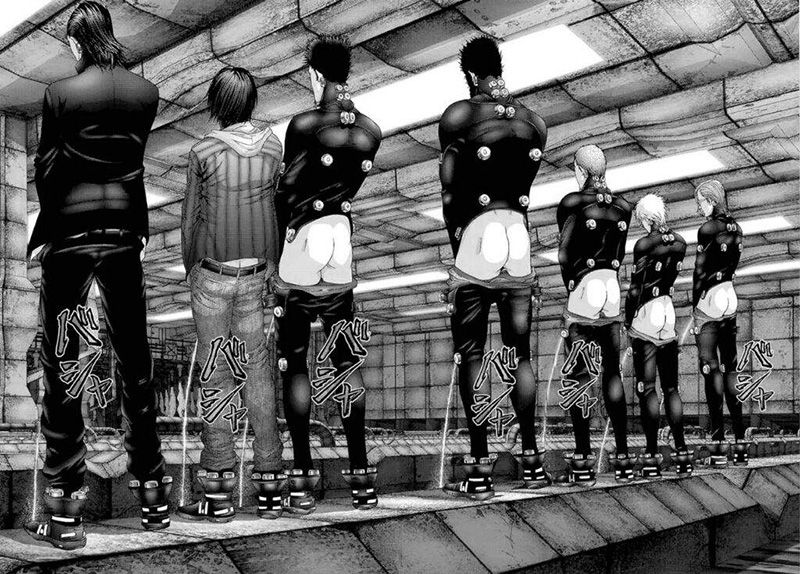 The illustration from Gantz

Masashi Kishimoto, the author of Naruto, has always wanted to draw a manga about gangsters but then it turned out to be about shinobi. Perhaps, due to that decision the manga series Naruto sank into ordinariness. 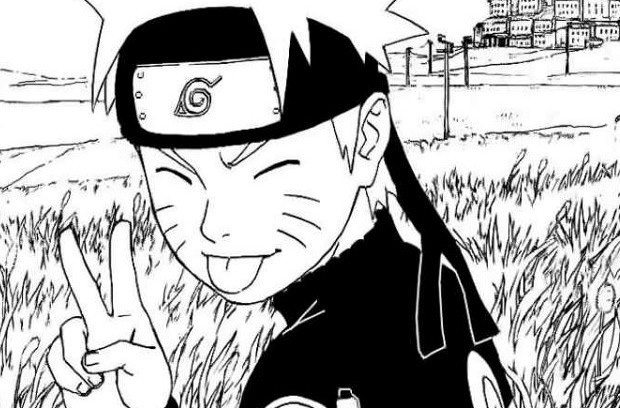 Again, the beginning is excellent. Naruto is an example of ideal balance and keeping the laws inviolable. The author gives us a very detailed depiction of almost every character’s moves and techniques so that I can’t help but applaud him.

I remember there were heated discussions in forums. Every new chapter abounded with new events and twists, the plot was moving swiftly, the arcs were different every time. If you wanted drama, you got it. If you wanted humor, it was there. And also you got exciting adventures and action in addition.

But then Kishimoto lost interest in his work. Moreover, he announced himself that if it hadn’t been because of his contract with editorial staff, he would have finished the project.

After that, (I think the turning point was the arc with Pain) the narrative organization collapsed. All theories suggested by the members of the fandom were falling to pieces one after another. 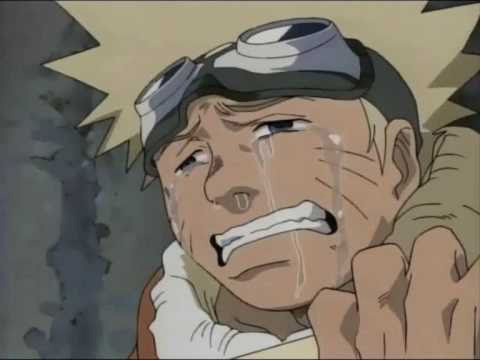 Everybody understood that we were fooled. The passion for the manga was fading out. Obviously, the mangaka wanted to wind it down quickly.

We love different titles for many reasons. What do we love Naruto for? For well-developed abilities and unique contents. But the author’s enthusiasm slowed down and he produced a predictable banal ending. As a result, the epic piece was doomed to fail.

Although Naruto deserves to be at the top of the list for vanished hopes, it at least HAS the ending. The same can’t be said for the title taken number 1 in the list of the Top Five Disappointing Manga Series.

Bleach, written and illustrated by Tite Kubo, suffered the same fate as Gantz and Naruto did. All the expectations were “removed” as if they were stains: 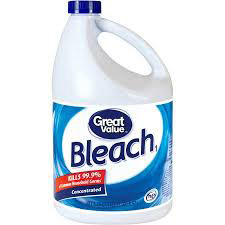 At first the world order, style and general atmosphere of the manga were at high level. Although there were the same old OJSs and clichés, the plot was dynamic, the author produced diverse characters (from tough musclemen to haughty bishonens), and the drawings pleased the eye. All of it lived up to readers’ expectations. The fandom was growing, and Bleach quickly became a fan favorite.

Eventually, the story approached to its logical end – the final fight with the archenemy. It was really great and epic; the villain was defeated and the protagonist lost his power. Apparently the series was over.

Nevertheless, somebody wanted to scoop a profit. I’m not sure who was responsible, Kubo or the publishers, but they continued releasing new chapters, and that was the beginning of the end.

Surprisingly, the final arc was impressive in the beginning. Everybody’s favorite characters were killed fighting against the third party and the new villain. That moment was so brutal and so bloody that I felt all the tension and the Quincy seemed to be very powerful. That’s why the disappointment was so strong… 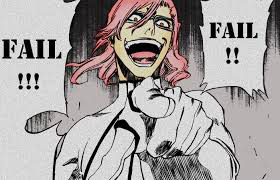 Then, all the dead returned to life. The personages, whose experience was reckoned in hundreds of years, managed to build up new abilities as well as new power levels. Just look at this! Those, who used to be weak, could get a hundred times stronger in days! Moreover, the mangaka continued creating abilities and unreasonable level-ups for well-developed characters out of nothing whereas he wasn’t developing the high-level ones that he introduced as rather powerful fighters. What for? They were left out anyway. Due to Kubo’s strange moves, the battles turned into circus: he produced the characters that were impossible to defeat and then he dumped them in some way which looked silly and not interesting at all. Every new chapter was worse than the previous one.

Of course, the publishers didn’t like such a situation and Kubo had to pack up in the shortest time possible. That was the reason for one of the most disastrous finales in the history of all manga series (at least among the works I’ve read). What were the characters’ goals, motivations, personalities, and even the protagonists’ fighting skills? We will NEVER know!

P.S.: There was that moment with Aizen that could have been a good ending. There was… But money makes the world go around.

So, I’ve shared my opinion and it can be the same as yours or different. Do you agree with my list? Which titles disappointed YOU the most? I’d love you to share your thoughts with me.