The manga series Pretty Guardian Sailor Moon was written and illustrated by Naoko Takeuchi. It was published in Kodansha’s Nakayoshi magazine between 1992 and 1997. It was also adapted into an anime series titled Sailor Moon, which is a classic example of the shojo genre. Interestingly, Sailor Moon is usually considered to popularize the concept of the team of magical girls and to “revive” the maho shojo genre. However, Sailor Moon is quite different from Pretty Guardian Sailor Moon. So, I think it will be interesting to review the manga since it’s the base for the anime. 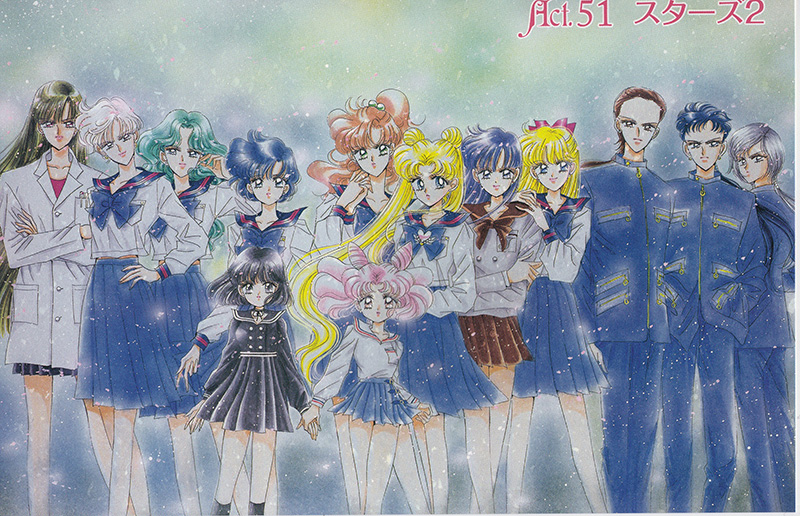 As for me, while reading the manga, I had the feeling as if Naoko was very rushed. The author gave a scant description of some moments which received a quite detailed description in the anime. It seemed that some scenes were too fast.

It was my general impression. Now, traditionally, here is the plot summary. 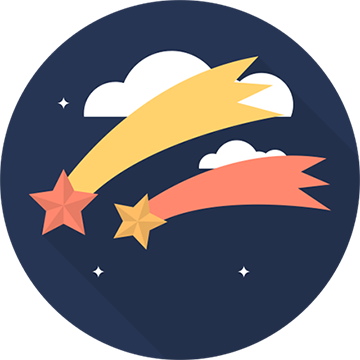 A young student named Usagi Tsukino meets a talking black cat, Luna, that gives her a magical brooch enabling her to turn into Sailor Moon. Together with a team of Sailor Guardians consisting of Usagi’s friends, Sailor Moon fights the evil to save the Earth.

As far as the series isn’t rich in plot strands, the story moves extremely rapidly. In spite of all the clichés, it keeps you at the edge of your seat.

What is impressive is that all the events in the manga take place in different timelines and on different planets. Sometimes, the destructions are literally cosmic.

Concerning logic and balance, I don’t have any complaints or criticism. Here I’d like to add that in terms of the plot I would call Pretty Guardian Sailor Moon a shonen manga. The story is quite simple and easy to follow which is typical for linear shonens.

Of course, there are standard abilities such as ability to fly or use the lunar energy. In addition to that, we can see a wide variety of powers like the ability to control the energy of atoms, manipulations with dreams and souls, and many others. The arsenal of abilities is huge. Some of them look rather spectacular, for example, when Galaxia is blowing up a planet by merely pointing her finger at it: 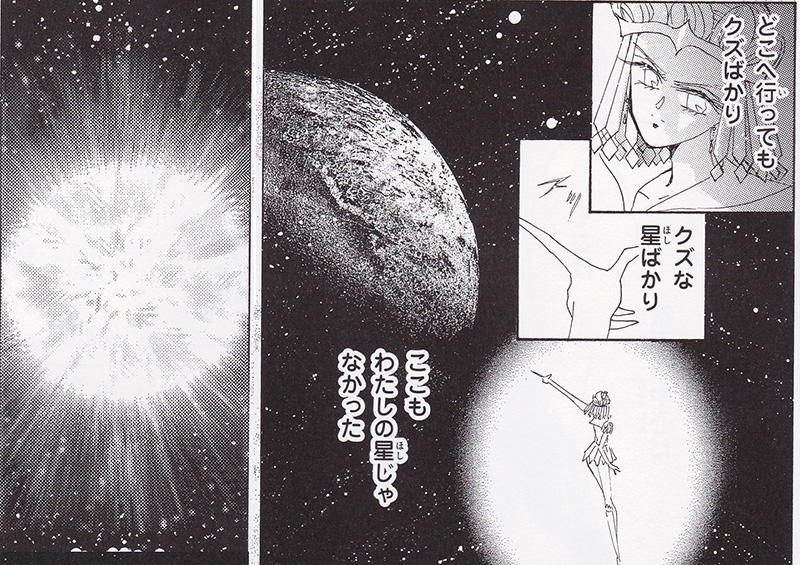 Galaxia destroying a planet with her finger

As a rule, in shojo the plot revolves around a girl and her personality development. It’s also important to produce characters and to show love relationships. All of that we can see in Pretty Guardian Sailor Moon.

I’ve already mentioned that Naoko doesn’t give us many details while developing the main plot. By contrast, she spares much time for the characters. The author produces their personalities quite well and shows the chemistry between them, their love relationships and friendship.

As far as one of the most important elements in shojo manga is emotions, Naoko conveys them in a masterly manner. The villains often act from their emotions but not from some specific goals. Love, envy, fears, and other feelings make the personages tick. Thus, we no longer have any questions concerning the storyline.

Surprisingly, among all the deaths and relationships, there are funny moments. Yeah, there is humor and it’s not bad.

The artwork is terrible and at the same time it’s beautiful when the mangaka puts her heart into her work. What makes you fall in love with the manga is an excellent character design and the perfectly fine depiction of the costumes that we see with every leveling-up. Naoko perfectly combines the conventional shojo artwork with the depiction of details: 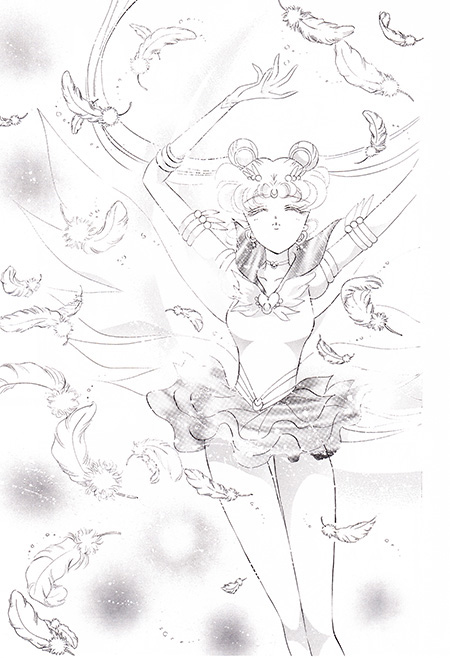 The plot is quite ordinary and could be used for shonen as well. The main heroine and her friends are gaining power fighting with more and more dangerous opponents. In the end of the story we see a final battle with the strongest villain. The hoary old cliché.

I just wonder, “What’s the hurry?” The plot rushes, the events happen too fast. Nevertheless, it’s not difficult to understand what’s going on since the plot is so simple and is poor in narrative strands. (If you’ve expected a great number of love stories you’ve seen in the anime, you won’t find them in the manga. Besides, the same goes for numerous monsters).

We can see the same plot devices, for example, the revival of the Sailor Guardians, throughout the series. It’s certainly a minus since the dramatic effect is waning.

If you want to enjoy epic battles to the full, you will be disappointed with this manga. Unfortunately, there are so few really massive fights. In most cases, they are based on so to say one-blow principle: the enemy kills the protagonist’s friend with a single stroke and the protagonist kills the enemy in the same way.

Moreover, it becomes problematic to estimate the scale of the characters’ strength and abilities. They are able to destroy the stars but they hardly touch the landscape. By the way, we can see such things in Dragon Ball but there is a big difference. By contrast with Dragon Ball, the fight scenes in Pretty Guardian Sailor Moon are far from being spectacular and intense and a whole fight is just a single fatal attack.

The depiction of fight scenes is terrible. It’s often hard to understand who is attacking whom and what on earth is happening. Despite the fact that the conventional artwork is a characteristic feature of shojo manga, Naoko produces the extras, backgrounds, etc. in a half-hearted way: 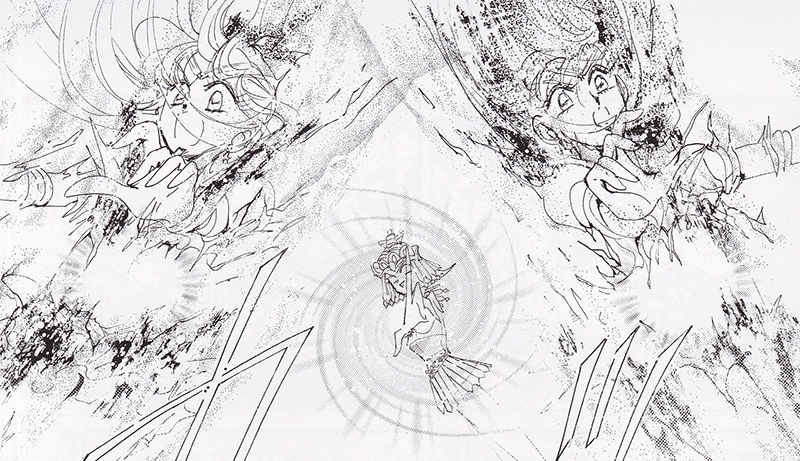 By and large, the manga series Pretty Guardian Sailor Moon is not bad but quite different from other titles and is not for everyone. For shojo fans, the series may seem too fast-moving. Usually, a shojo manga is supposed to be slower and more thoughtful. As for shonen lovers, in this manga they won’t find numerous epic fights with smashing enemies to pieces.

Nevertheless, I advise you to read it as far as it’s a classic of the shojo genre.

And now let’s weigh up all the pluses and minuses.

Do you like shojo manga? What do you think of the manga Pretty Guardian Sailor Moon and the anime version? Share your thoughts in the comments section below.