Konnichiwa to all One Punch Man fans and manga lovers! Our present topic is shrouded in mystery. We deal with Mysterious Beings. Let’s find out what they are.

What are Mysterious Beings? 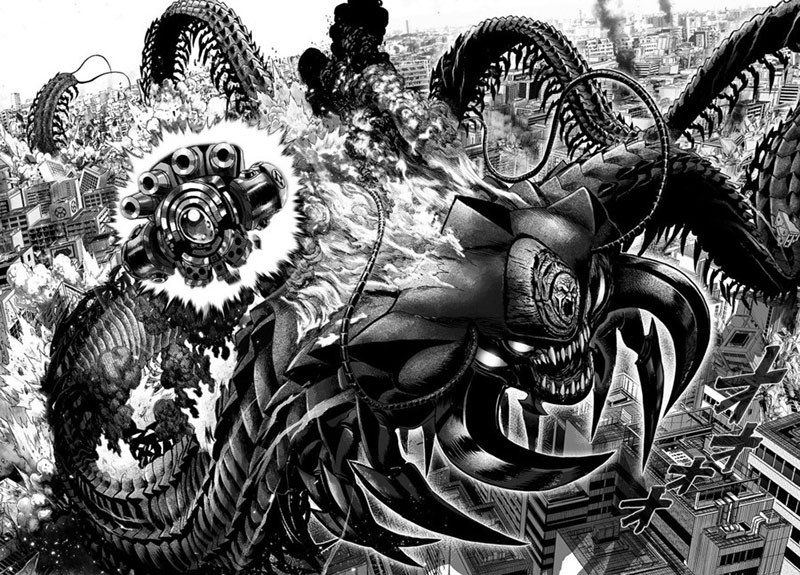 a monster attacking the city

Mysterious Beings, or Monsters, are sentient creatures posing a threat to society. Nobody knows for sure where they came from and what for, but it’s obvious that they entertain hostile intentions towards humanity, cause damage in the cities all over the world and terrorize civilians.

Furthermore, Mysterious Beings formed the Monster Association, led by Psykos. It needs no saying that they are the Hero Association’s bitter enemies.

Where can we usually find Monsters? Mostly in Z-City and Q-city. And what kinds of Monsters can we meet there? Well, there is a certain classification comprising six types of Mysterious Beings. Have a look! 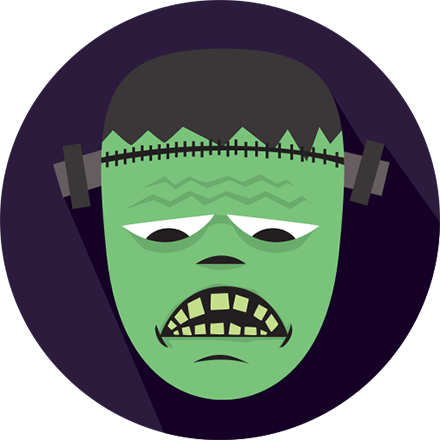 The first type is Natural Type. These are sentient races that have been in solitude from the world living on the surface, for instance, Seafolk, Skyfolk, Subterranean People, and others. 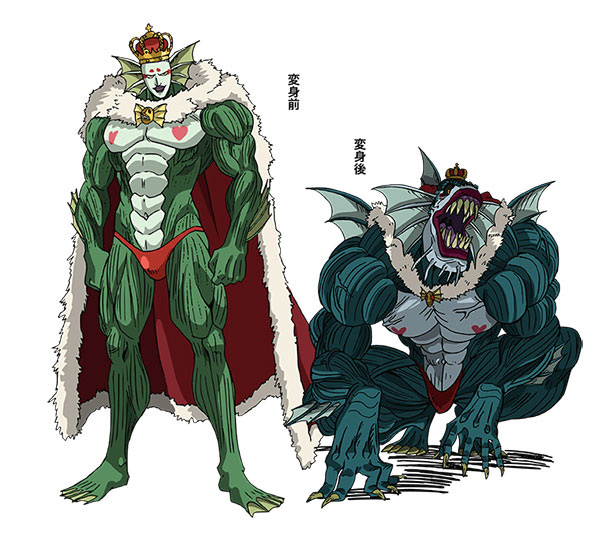 The second type is Unusual Type. Why are they unusual? That’s because they used to be ordinary individuals and then became Monsters through performing an action obsessively. Here we have Ugmons, strange Mysterious Beings created from ugly people. 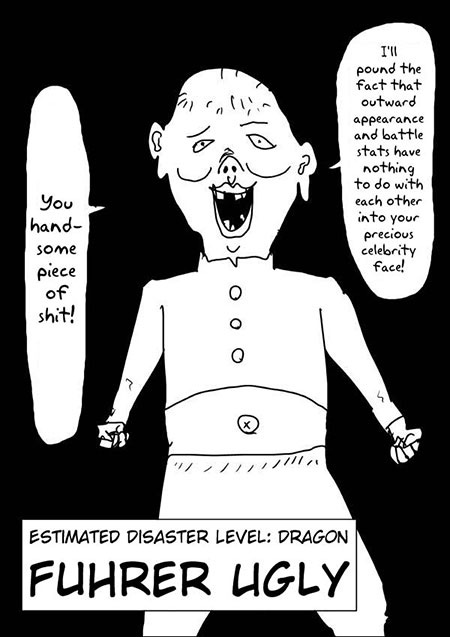 The third type is Extraterrestrial Type. They are creatures who don’t inhabit the Earth and come from space, that is a group of alien invaders called the Dark Matter Thieves. 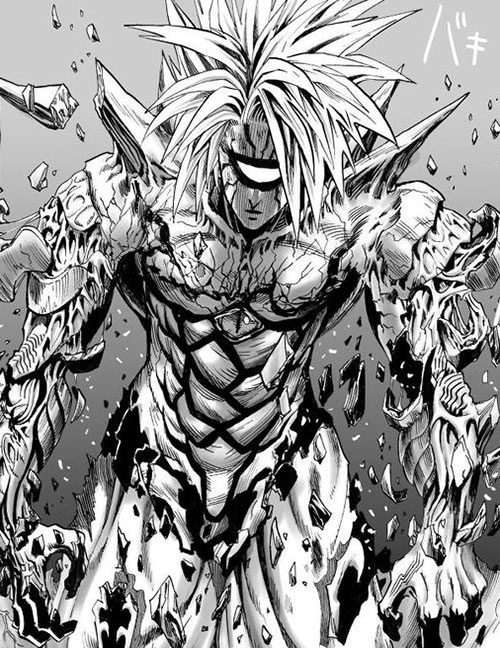 The fourth type is Artificial Type. They are either genetically modified creatures, i.e. Mutants, or Robots, mechanical beings with artificial intelligence. 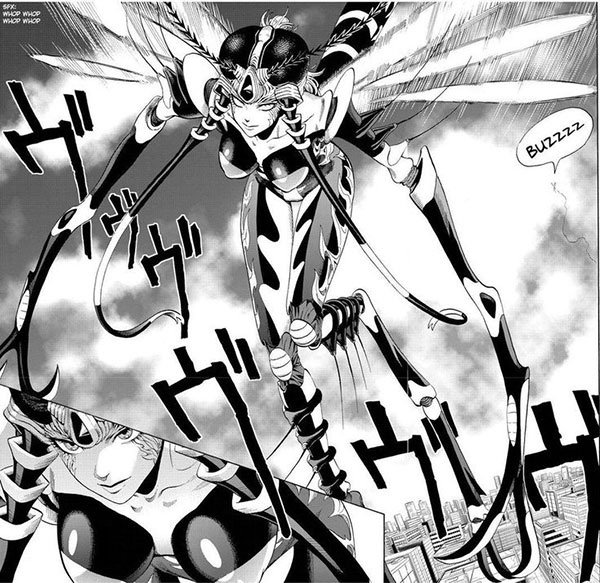 The fifth type is Humanoid Type. These beings can take on a humanoid form. It’s rather difficult to distinguish them from ordinary people.

The sixth type is Non-Sapient Type. They are like wild animals devoid of higher brain function. 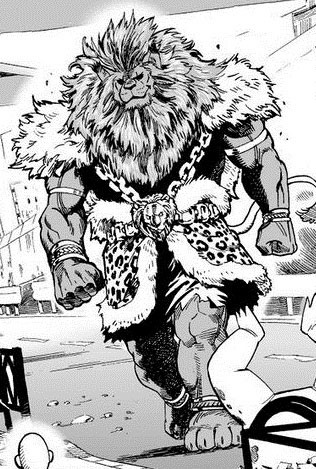 In fact, there is a gazillion of Monsters in One-Punch Man! And they are all deadly dangerous. Moreover, there is a specific scale called Disaster Levels which shows us the level of destruction that Mysterious Beings are able to cause. What is interesting, some Monsters can be stronger than the others even if they belong to the same disaster level. 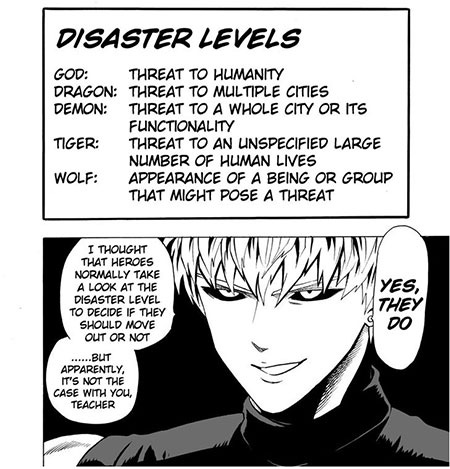 Firstly, the lesser of the evils is Wolf level. It includes any potential threat from beings or threat that poses a danger to an unknown degree.

Secondly, we have Tiger level which applies to any danger to lives of a great number of people.

Thirdly, a middle level is Demon. It comprises any threat endangering a city and its citizens.

It’s boiling up! Feel it?

Fourthly, there is Dragon level, which refers to any danger to multiple cities.

And finally, the strongest level is God. Any danger of this kind of level imperils the survival of all mankind.

As can be seen, One–Punch Man abounds in various characters and each of them is endowed with special characteristics. They can be incredibly strong, smart, funny, dangerous, and even sexy! Find out who are the sexiest One Punch Man characters. It’s gonna be hot! 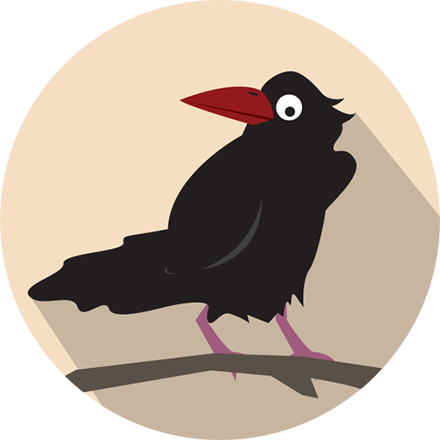 What do you think of Monsters? Have any favorite characters? Share your ideas below.