Claymore is a great manga series written and illustrated by Norihiro Yagi that was released between 2001 and 2014. The manga will capture the imagination of those who like historic works as well as stories about demons and great conspiracy.

In addition, Claymore refers to seinen manga, i.e. it’s intended for adults, and it abounds in dismembered corpses and naked bodies. Nevertheless, it left a positive impression on me and after reading it I had that feeling that you can move heaven and earth when your friends are there.

Now, as usual, I’m going to describe what the series is about. 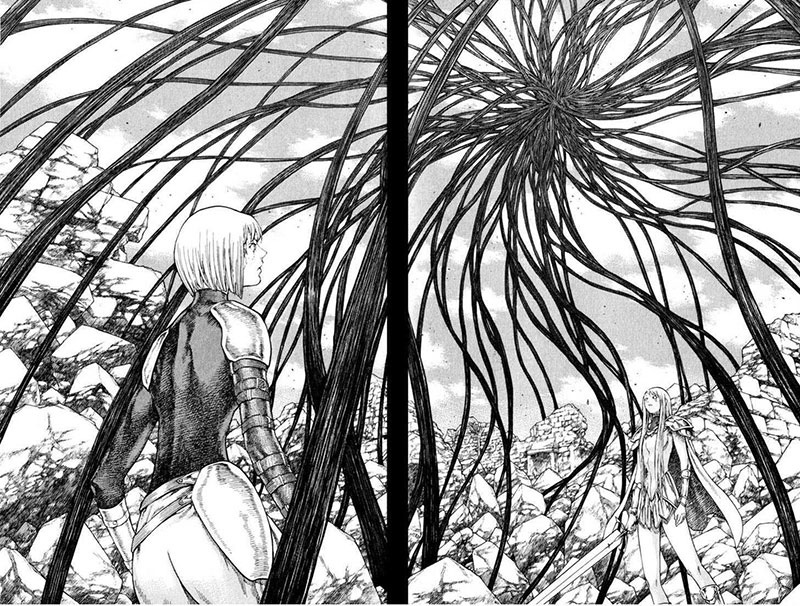 The illustration from Claymore 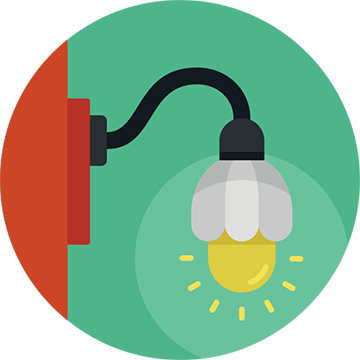 The synopsis of Claymore

Female warriors defend the world from Yoma, demons that feed on humans. The warriors are human-Yoma hybrids who are called “Claymores” because of their huge Claymore swords. One of the Claymores, Clare, the main protagonist of the series, saves Raki, a boy whose family was eaten by a Yoma. Raki decides to follow Clare while she’s doing her job – killing Yoma.

That’s, of course, just the beginning of this long series.

Now, it’s time for pluses and minuses and also something else. Except the lists of pluses and minuses, I’m going to mention two more points referring to some scenes and moments in the manga. If you are afraid of spoilers, you can skip “Neither pluses nor minuses” part.

The pluses of Claymore

The atmosphere of the Middle Ages is incredibly authentic: castles, mud, Black Death, poverty. The author managed to describe all the tribulations of the low life in a perfect manner. And together with all the sufferings, people live in dread of monsters that feed on human guts.

Yeah… I wouldn’t be in their shoes.

The artwork is at high level. I see it as a blend of the best taken from Berserk and Blame! and carried to a unique style. Here, I’d like to underline that the art entirely chimes in with the atmosphere of the whole work. What I mean is that you get the impression of the plot, atmosphere, and art in total, which is impossible without any of these elements.

Moreover, the author pays attention to every small detail, even to the drawing teeth and muscles: 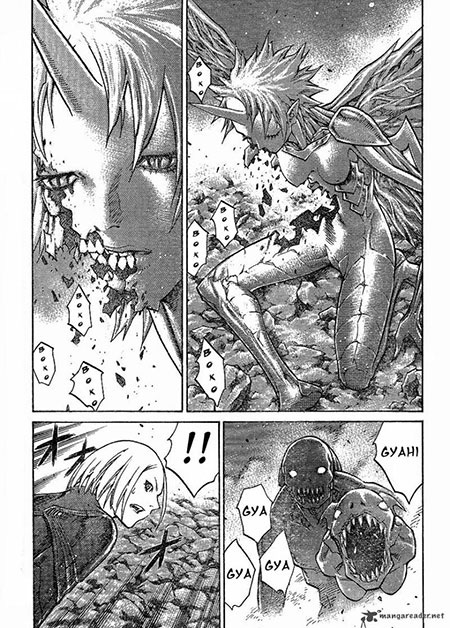 On the whole, I was impressed with not only the perfectly fine depiction of the monsters, but also with a large variety of them. There’s a great deal of monsters and each of them looks different. 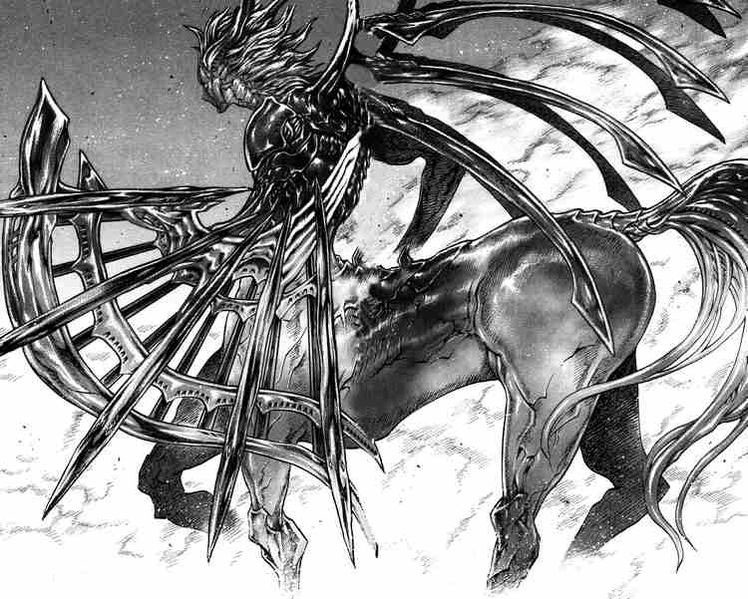 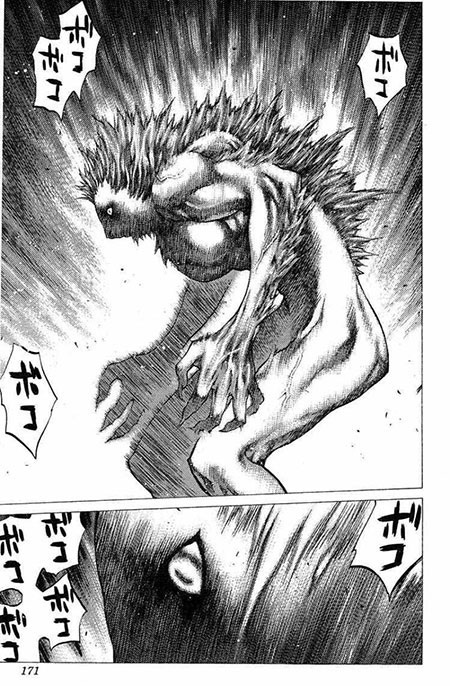 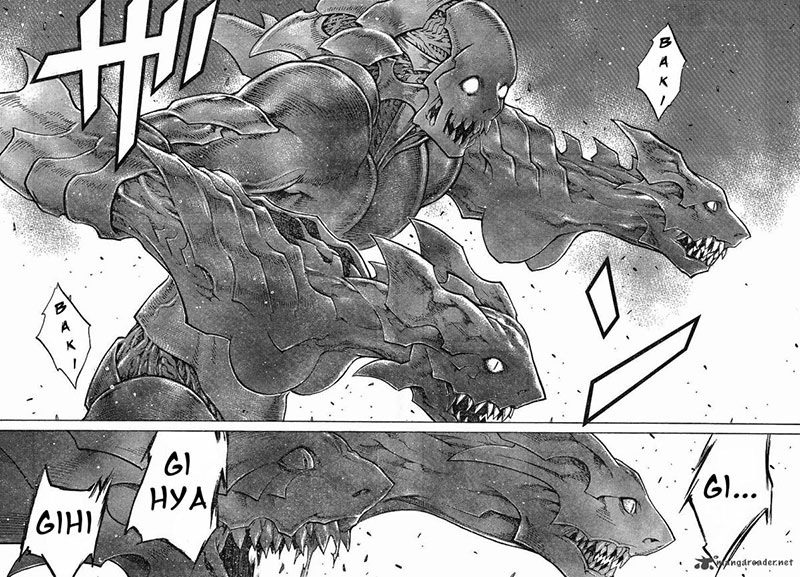 Besides, they can be really frightful: 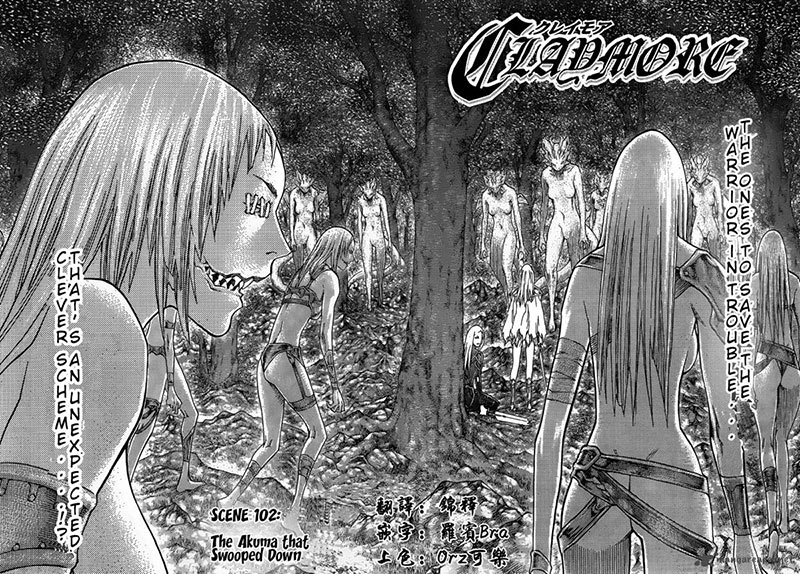 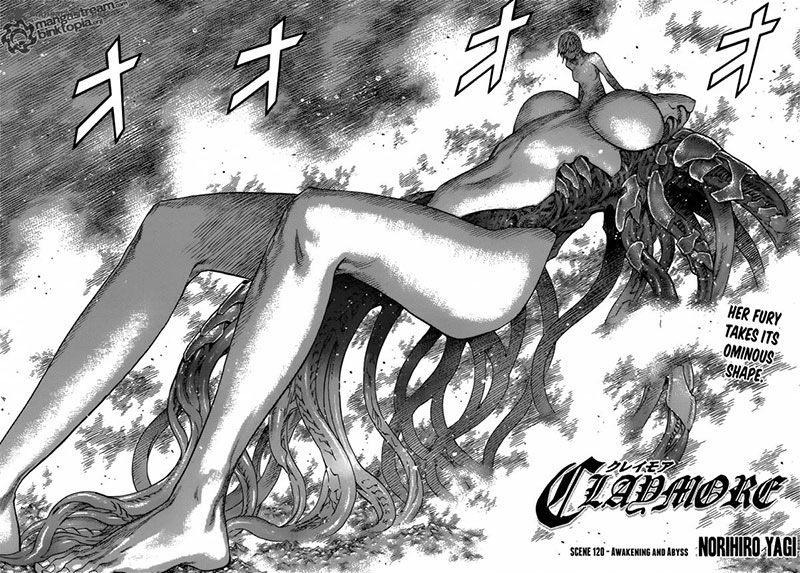 As for logic and balance, I really like it when the author makes everything loud and clear. For example, there are 47 warriors and they are ranked on their strength. And the Awakened Beings are also numbered. Each and everyone!

In other words, all the laws and rules in the world of Claymore are well-organized. There is no nakama-power-up mishmash when everyone can beat any monster because the plot has suddenly changed.

At first sight, there’s nothing special – just another story about some warriors fighting horrible creatures, with the difference that the warriors are girls. Of course, it’s interesting to read about thrilling adventures and see how the author develops the characters, but all of it is the trivial round. But then, the plot thickens…

I was really intrigued when I found out about the third party and everything turned out to be different. In my view, that move was crucial. To be honest, I was disappointed a little because I wanted the author to develop the third party thoroughly. Nevertheless, I really enjoyed the ending. As for the storyline before the turning point, I liked the idea with Abyssals who are on their own each.

Another major plus is that the arcs don’t copy each other. First, we have a war, then defense of the city, then battle with a “boss”, then sorting out third parties’ relations, then revolutions and rebellions, and a clandestine organization. 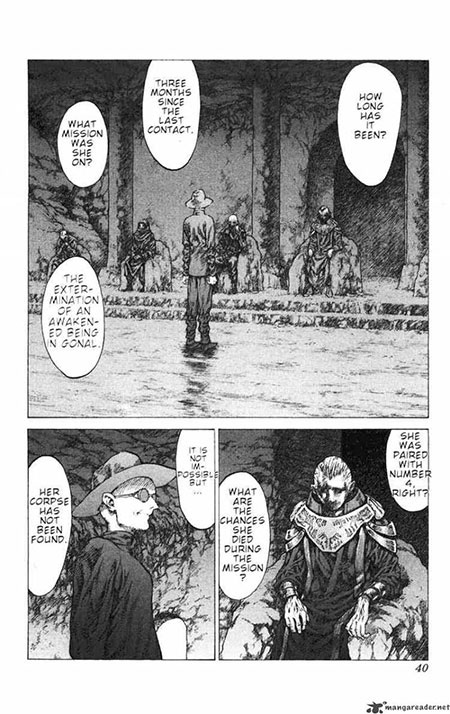 The Organization in Claymore

Overall, the story will leave no one bored and the ending isn’t cluttered-up. It’s 10 out of 10.

The minuses of Claymore

On a positive note, I’ll tell you there are fewer minuses than pluses. And they are not so serious.

There are very few colorful personages. As for me, I literally fell in love with Isley, Riful, and Raki. But there are only three in the whole series!

Roughly speaking, we have a crowd of faceless heroines. They seem to have personalities, to develop relations inside the team, to interact, and so on. All of it is pure fluff. In general, the character development is all about “leveling-up” and stuff like “I won’t leave you and I’ll sacrifice myself in the most dramatic way!”

On the one hand, there is too much drama and emotional outbursts. But on the other hand, the main characters are women, so maybe there isn’t anything surprising. At first, you empathize with them in all sincerity. But then, when you see that the heroines are all immortal anyway, you get sick and tired of their efforts to “give their lives” for friends at the “critical moment”.

Unfortunately, there are very few mavericks who act from motives of self-interest. I think they are really cool.

Actually, Claymore reminds me only of Berserk because of those awakenings and style. I saw the resemblance as soon as the first monster showed up. I consider it a minus, though not very big.

Not funny! It would be better without humor. There are few characters who are trying to crack jokes… I can’t stand it! It looks awkward.

Well, I’ve had a view of all the positive and negative sides of manga Claymore.

Before summing up, I’d like to share my impressions of some moments that are neither pluses nor minuses. 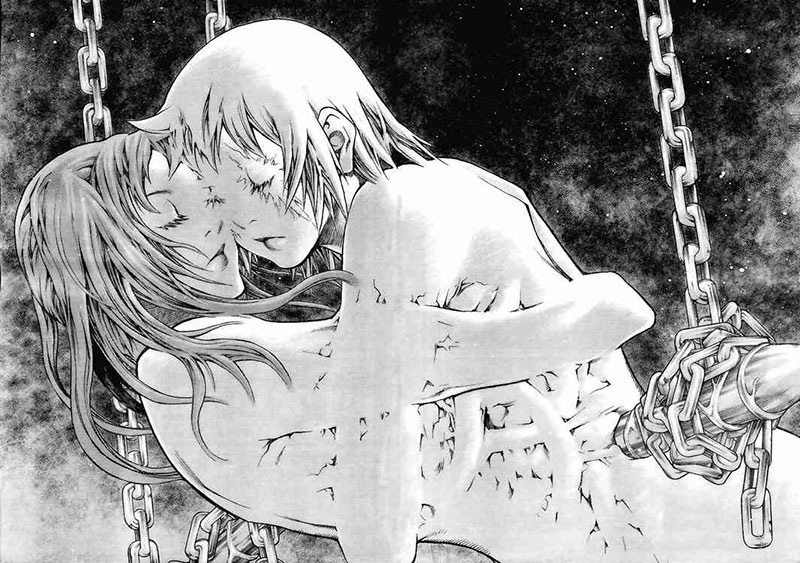 Neither pluses nor minuses

All in all, I enjoyed Claymore very much. If you want to read it, have no doubt – you won’t be disappointed!

Do you like historic manga? Have you read Claymore? Drop your comments below.